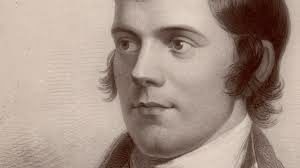 Hoping that we get a drier day without risk of falling branches for an easy ride around Stanley Park or UBC (exact route will be adjusted to reflect weather and the feeling of the riding horde, but we will ride at least 21 kms to mark each of the years that elapsed after the Ploughman Poet died before the greatest invention of humankind) ending at my home in Kitsilano for some warming treats, mostly of the baked variety. If you do not appreciate the gluten, I will have some grain-based products that have been purified by a well-known distillation process (that may leave you among the baked varieties). As we will then be in the weekend after the celebration of the 259th anniversary of the birth of Robbie Burns (25 January 1759), we may all lift a glass in remorse that poor Robbie died 21 years before the invention of the bicycle. This tragic mis-ordering of history denied us all a wealth of poems to the “steel pony” that Robbie would, no doubt, have written, but I ask each of you to bring your favourite ode to that most perfect machine to share with the gathered several. If you cannot join the ride, but do not want to miss the bacchanalia (or you have a poem that you REALLY want to share), let me know and I will provide you with my address by email. .

I will shorten the ride if road conditions do not allow a safe or comfortable ride, but I will not want to have to eat all the pie and drink all the whisky myself – we all know how badly that would be!

Ride: Approximately 25kn; details of the route to be determined based on road conditions to be agreed before we head out on the ride.

Leader: Will, please let me know if you are coming so I can stock adequate provisions.

As with all VBC rides, bring your helmet, but leave your haggis and bag pipes at home.