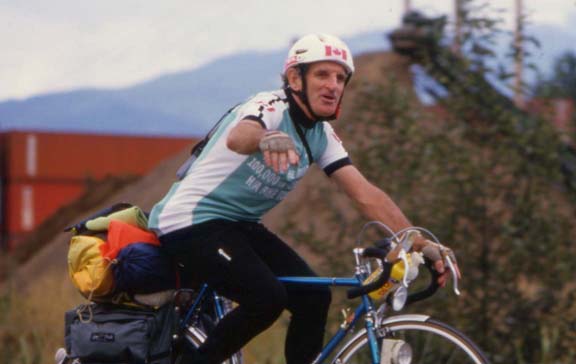 The Ride:  Another VBC classic attracting many riders! John was a long-time member of the club. Each year he led a ride with a distance of about the same number of kilometers as his age (that would end up at about 94) on or near his birthday (this year due to scheduling confusions the ride has drifted to February, but we were thinking of John all month). The weather is ALWAYS awful, but no one cares; the ride just magically shortens up if things get ugly. The group might end-up at the Flying Beaver pub, by the float plane terminal, to hoist a pint or two to a departed friend.

The Route:  The exact route and pace will greatly depend on the climatic conditions and the mood of the moment, but if the weather man got it right we will make a run for Iona Island via Heather bike route and River Road, return on Cypress. That would give us a total of 47.5km. That makes it about half of Hathaway’s age.

Meet:  At Terra Breads at the Olympic Village at 1030 (late start to let most of the ice melt)